Dr. Simone-Finstrom has been a Research Molecular Biologist at the USDA Honey Bee Breeding, Genetics and Physiology Research Unit in Baton Rouge, LA since 2015. He earned his PhD at University of Minnesota, where he pioneered a line of work devoted to understanding the impacts of antimicrobial resin use by honey bees on colony health, which he still continues to study. Dr. Simone-Finstrom then earned a post-doc position and fellowship jointly with NC State University and the University of Pennsylvania on topics ranging from queen quality to migratory beekeeping to social immune defenses in honey bees. The overarching goals of all of his projects focus on how honey bees can be made stronger, healthier and more productive using their own natural defenses and traits. His current work aims to understanding how these traits work in concert in order to promote them within the beekeeping industry and identify components of viral resistance in honey bees.

Born in Colombia, South America, Juliana obtained a B.S. in Ecology, Behavior, and Evolution in 2014 from the University of California, San Diego. In 2010 she obtained a Ph. D. in Neurobiology and Behavior from Cornell University in Ithaca, NY, working with Dr. Tom Seeley. She was a National Science Foundation Postdoctoral Research Fellow from 2010 to 2013 working with Dr. David Tarpy at North Carolina State University. In January 2013, Juliana became Assistant Professor of Apiculture in the Department of Entomology at Texas A&M University (TAMU) in College Station, TX.  She was promoted to Associate Professor with tenure in 2018. Her research program focuses on the biological and environmental factors that affect the reproductive quality of honey bee queens and drones, the behavioral ecology and population genetics of unmanaged honey bees, and the quality and diversity of honey bee nutrition in a changing landscape. She is an active member of the Texas Beekeepers Association and has spoken to dozens of beekeeping associations across the USA and internationally…

Dr. Priyadarshini Chakrabarti Basu is currently an Assistant Professor at the Department of Biochemistry, Molecular Biology, Entomology and Plant Pathology, Mississippi State University, USA, and is also a courtesy faculty at the Department of Horticulture, Oregon State University, USA. Priya received her PhD in Zoology from the University of Calcutta, India. A recipient of numerous national and international awards, Priya is working on all things bees: nutrition, physiology, toxicology, molecular ecology, functional biology and neuroethology using a wide array of multidisciplinary techniques including multiomics. She is currently Vice-Chair of the Early Career Professional Committee of the Entomological Society of America and chairs the Outstanding ECP Series subcommittee on Entomology Today.

Adam is an Assistant Professor in the Department of Entomology and the University of Illinois Urbana-Champaign.  He teaches courses in Physiology (IB 202) and Genes and Behavior (IB 432) in the School of Integrative Biology. He studies how pollinators, mostly focusing on honey bees, respond to the different stresses they encounter in their environment. These studies have centered heavily around the impacts of virus infection and the nutritional and chemical stresses associated with Midwestern row-crop agricultural systems.  Adam received his Ph.D. from Arizona State University, where he studied the behavioral physiology of harvester ants and honey bees; he then did postdoctoral work at Iowa State University.

Born into a 4th generation beekeeping family, Pascal Brunner has always been keen to help both bees and beekeepers. As Co-founder and CEO of the Swiss startup Vatorex, he brings cutting edge ideas and innovation to the honeybee industry. In his leadership role, he brings together experts with complementary skills and empowers them to achieve optimal results.

Rosanna’s first exposure to honey bees was working for a commercial beekeeper during her undergraduate degree. She would continue on this path, assisting with Varroa mite control research, and receiving a Master of Science in Entomology. Using her apiculture knowledge and experience, she is consulting for Alberta Farm Animal Care’s B.E.E. program. In addition, she is an Apiculture Inspector for the Government of Alberta Bee Health Assurance Team.

Dr. Pernal received his M.Sc. and Ph.D. in Entomology from the University of Manitoba and was a postdoctoral fellow at Simon Fraser University. Since 2001, he has been employed by Agriculture and Agri-Food Canada as a Research Scientist in Beaverlodge, Alberta where he leads Canada’s federal apiculture research program and also serves as Officer-in-Charge. His work has been diverse, and has included the detection, control and management strategies for AFB, chalkbrood, Nosema ceranae, as well as emerging parasites of honey bees. Steve has also been an integral member of three successive Genome Canada projects evaluating markers for resistance to bee diseases and Varroa destructor. He formerly served as President of the Canadian Association of Professional Apiculturists and is a contributing member to international bodies related to honey bee health. In 2017, he was awarded AAFC’s Gold Harvest award for Innovation, Collaboration and Service Excellence. In 2019, he served as the Scientific Program Chair for Apimondia 2019 in Montreal, Canada.

Dr. Rassol Bahreini received his MSc in Entomology from University of Ahvaz (Iran, 1993), and then was employed by the Ministry of Agriculture of Iran as honey bee research scientist for 1993-2004. He received his PhD in Entomology from University of Manitoba (Canada, 2015). Rassol was employed by Alberta Agriculture and Forestry, Edmonton, as apiculture research scientist during 2016-2020. Currently he is working as research assistant in Agriculture and Agri-Food Canada, Beaverlodge. He has more than 29 year experience in honey bee research, education and extension, including honey bee biology, parasitology, pathology, toxicology, IPM and management. Rassol is co-chair of the IPM committee at the Canadian Association Professional Apiculturists (CAPA). Recently, his research was focused on the development of new miticides and antibiotics for control Varroa and Nosema, and evaluating miticides resistance in Varroa population.

Colette Mesher completed a BSc at the University of Guelph, an MSc at Rhodes University in South Africa and a PhD at the University of Plymouth in the United Kingdom. Colette has been actively involved in the beekeeping industry, as a hobby beekeeper, working for commercial beekeepers, working at Apihex, teaching workshops, as an OBA board member and as a member of the OBA. Colette runs a small beekeeping business – Miel Rebel Honey. From the moment that Colette first handled a frame of bees, she was hooked. Cutting her teeth learning how to prepare colonies for pollination, honey production, nucleus colony production and queen rearing before starting her own company. Colette joined TTP in the spring of 2021.

Anne Marie is fascinated by honey bees and the people who care for them. Even though she taught Biology, Environmental and Food Systems Studies for years, she focused her research interests on honey bees and more specifically on developing better tools to study them. Anne Marie worked on a few projects in collaboration with BIP and enjoyed it so much that she jumped at the opportunity to join the team full time. She now thoroughly enjoys living, what she likes to call a full BIP life, facilitating collaboration between commercial beekeepers, BIP’s highly specialized Tech Team Experts in the field, the various research institutions, and industry. She has not known a dull moment since! 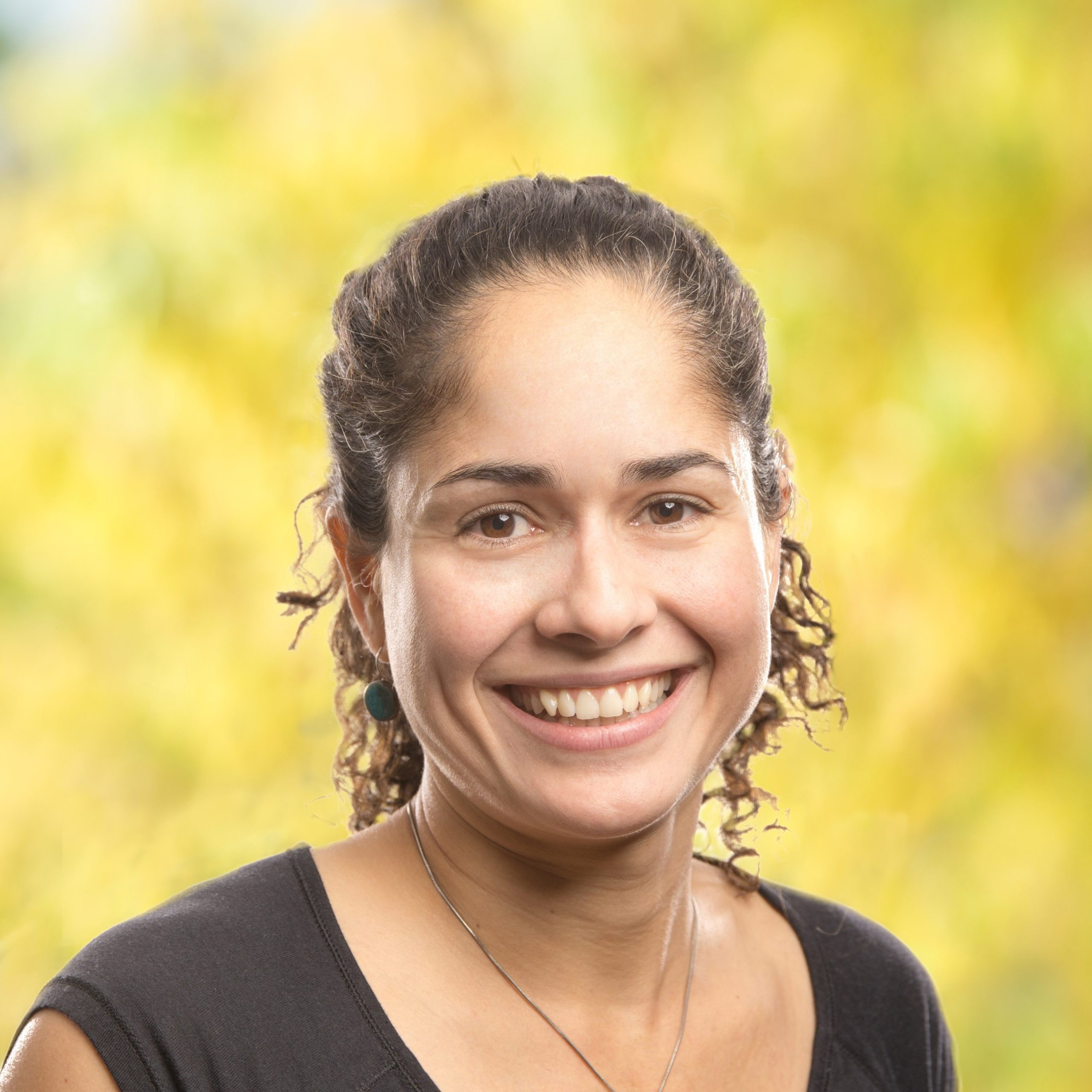 Dr. Renata Borba joined the Alberta Beekeepers Commission (ABC) in 2019 as the Alberta Tech Transfer Program lead. Before joining the ABC team, Renata was a postdoctoral fellow in Dr. Steve Pernal’s apiculture research lab at Beaverlodge Research Farm, Agriculture Agri-food Canada, studying the inter-correlation of several important pathogens and phenotypes, so as to better understand drivers of colony health and productivity. Renata received her Ph.D. in Entomology in 2015 from the University of Minnesota studying under Dr. Mara Spivak. Previously, she received her B.Sc. in Animal Science from the Universidade Federal of Ceara, Brazil. Renata’s doctoral research focused on evaluating: 1) the seasonal benefits of propolis (a bee-produced resinous material) on the health and immunity of honey bees; 2) the role that types of resins play as a defense against two highly infectious brood pathogens, Ascosphaera apis (a fungus causing chalkbrood disease) and Paenibacillus larvae (a bacterium causing American foulbrood disease); and 3) the effects of the propolis “envelope” within the hive as a natural defense against disease.

Sarah Wood, DVM, PhD, DACVP is a veterinary anatomic pathologist with Prairie Diagnostic Service Inc. at the University of Saskatchewan. Her research interests include infectious disease of honey bees, ecotoxicology, and sustainable agriculture.

Nuria Morfin is the Tech Transfer Program Lead in British Columbia. She has been working with honey bees for fifteen years as an extensionist, beekeeper, and researcher. Nuria got her PhD from the University of Guelph – Honey Bee Research Centre, where she later worked as a researcher studying the impact of stressors on health and behaviour, analyzing the mechanisms behind behavioral immunity, and studying the lipidome and metabolome profile of bees. Nuria also worked as a Bee Inspector for the Ontario Ministry of Agriculture, Food and Rural Affairs (OMAFRA). Throughout her career, she has been actively contributing to apicultural research and industry.

Dr. Olav Rueppell received his PhD in 2000 from the University of Würzburg in Germany studying ants. He then joined the lab of Dr. Robert Page for 2.5 years to start working on honeybees before taking a faculty position at University of North Carolina Greensboro in 2003 to establish his own research group. He joined the University of Alberta as a Professor in 2020 to continue his research on honey bee biology and health, with special emphasis on behavior, aging, genomics, Varroa, viruses, and other stressors. His work has been supported by numerous grants from private foundations and governmental agencies, he has mentored over 100 students, and he has authored over 100 peer-reviewed publications.